Three men attending the annual Jenadrivah Heritage and Culture Festival in Riyadh, Saudi Arabia have been kicked out for being too good looking… Too Handsome for a festival!

The Arabic Elaph newspaper reports the man were thrown out by religious police as it was believed they were just too irresistible, and the local women folk who are forbidden from interacting with men outside of the family, would not be able to control themselves.

Jezebel claims to have lifted the veil on one of the trio ,Without further ado, meet Omar Borkan Al Gala, a photographer, actor and poet from Dubai.

Though he has not yet confirmed he was indeed one of the infamous three, Al Gala has modestly posted a link to the original news report on his Facebook page, along with such musings as: “The beauty of a woman must be seen from in her eyes, because that is the doorway to her heart, the place where love resides.” Sigh.

Emirates 24/7 states the three men in question were delegates at a stand promoting the UAE, which had attracted the attention of the religious police due to the unexpected presence of a female Emirati artist.

A spokesman for the UAE delegation issued a statement confirming: “Her visit to the UAE stand was a coincidence as it was not included in the programme which we had already provided to the festival’s management.”

Arabian Business, which has also fingered Al Gala as being one of the trio, points out the strictly conservative Sunni Muslim society prohibits women from interacting with unrelated males. 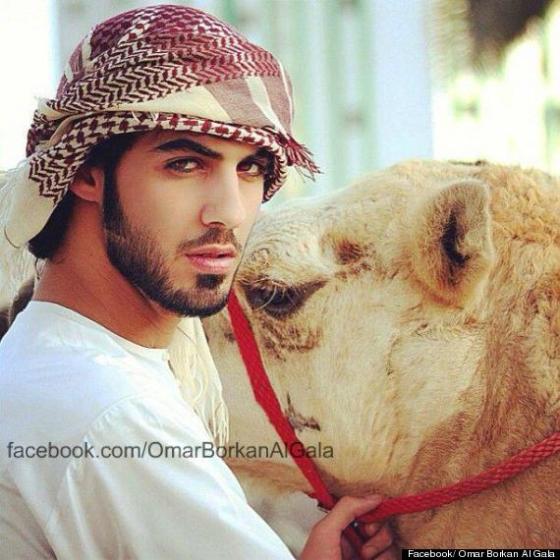 As ridiculous as this sounds, if your going to get kicked out of anywhere for anything, let it be for that reason. Because although you’re being excluded, it’d be hard to take offence from that. 😀