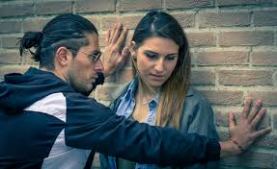 On Friday night, May 23, Elliot Rodger allegedly stabbed three men to death in his apartment. He then got behind the wheel of his BMW and proceeded to murder three more people and injure 13 others before dying of a gunshot wound to the head.

He did this because he was a virgin.

This isn’t speculation. In a blood-chilling video titled “Elliot Rodger’s Retribution,” (link includes a transcript; the video itself is incredibly hard to watch) the 22-year-old delivered a long rant about being a virgin—about how since he hit puberty he has been afflicted with unfulfilled desires. He was 22 years old and had never even kissed a girl.

In college, he felt as if he were surrounded by a world that he was not allowed to participate in, a world of sex and desire and love that he was cruelly excluded from. He wanted sex, but women refused to be attracted to him. He complained that it wasn’t “fair” that everybody else got to experience “sex, fun and pleasure,” and he was left out.

He couldn’t stand how women would snub him, a self-proclaimed “supreme gentleman,” while throwing themselves at “obnoxious brutes.” For these crimes, in his words—“the crime of living a better life than me”—they deserved to die. Because they supposedly forced him to suffer, they deserved to be made to suffer in return.

And so he killed six people and sent 13 more to the hospital.

His long, rambling manifesto is full of similar rants about the duplicity of women and how they needed to be put in their place. He believed he was entitled to women’s affections and to women’s bodies—and that being “denied” what he thought was his due meant that the best thing he could do is go murder as many people as he could to punish them. Because that was exactly what he was doing: punishing people for the crime of not fucking him. They were forcing him to be an “incel,” forcing him to be a virgin, making him less than a man. And he was spending his time in online communities and YouTube channels that encouraged and promoted that view.

Because that is exactly what the cultural narrative of masculinity says: that manhood is inherently tied to sex. A man’s “coming of age” is linked to becoming sexually active—as early as possible.

In fact, the idea of “man as sexual being” is so ingrained that a man who was sexually assaulted as a child is seen as being that much more manly and potent. If Chris Brown can get laid at 8, what does that mean for you if you can’t get laid at 15? At 17? At 20? The older you get, the more terrifying it becomes to reveal that you’re a virgin—surely this means that something’s wrong with you, right?

It becomes a self-reinforcing loop of negative feedback: You’re still a virgin because you’re inherently damaged somehow and therefore other people won’t sleep with you so you stay a virgin for longer. And as a result, you’re not a man. You’re defective.

To read more please go to the link below