As I wake up this morning i make it a point to let everyone know what today is. I have realized that it is in the society that i live in that no one care about educating themselves on this crucial matter, they live life( ignorantly thinking it does not concern them) day to day having unprotected sex, selling their bodies for not more than 20 buck even some of the doctors attempt to use the same needle on different patients *gasp*! So here is my little piece of encouragement and enlightenment for all who might be oblivious to this matter. 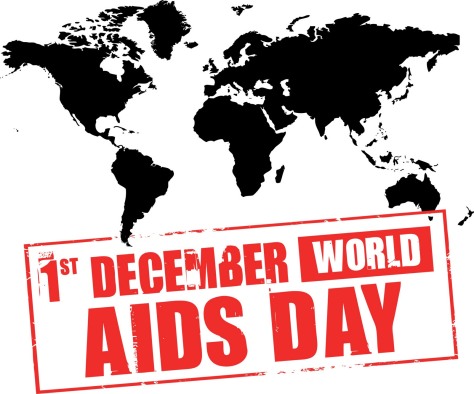 World AIDS Day is celebrated on December 1 each year around the world. It has become one of the most recognized international health days and a key opportunity to raise awareness, commemorate those who have passed on, and celebrate victories such as increased access to treatment and prevention services.

UNAIDS took the lead on World AIDS Day campaigning from its creation until 2004. From 2004 onwards the World AIDS Campaign’s Global Steering Committee began selecting a theme for World AIDS Day in consultation with civil society, organisations and government agencies involved in the AIDS response.

Themes run for one or two years and are not just specific to World AIDS Day. Campaigning slogans such as ‘Stop AIDS. Keep the Promise’ have been used year round to hold governments accountable for their HIV and AIDS related commitments.

It is such a shame to see that the people around me, people in my environment do not even know the symptoms of AIDS, they do not even know it is contracted, they just believe its a disease for homosexuals(yes still on that train) or for bad people, or even for non-Muslims(i live in a Muslim country, Malaysia and i’m surrounded by Arabs, Pakistanis, Bangladeshis and of course Malaysians). It even hurts me more when they stupidly believe only Africans have AIDS( I mean what kind of fucked up ridiculousness is this!!).

Anyway, on this day i hope we an all learn a little bit more about this pandemic and educate as well as protect ourselves.